Why You Must Visit Nepal Once In Your Lifetime? 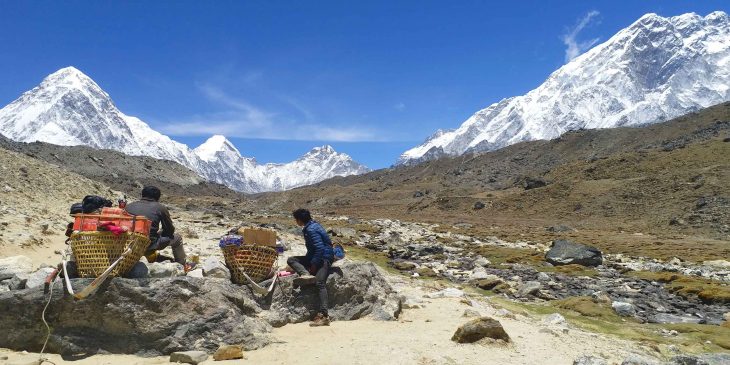 Travel destination Nepal is dream for those who want to be proud about being on top of the world and acclaim their pride for traveling to country of Buddha.

Nepal is dream destination for those who want to take the privilege to be proud about being on the top of the world. Who doesn’t want to acclaim their pride for traveling to a country where Buddha was born?

It is definitely worth going to Nepal for countless varying reasons. Usually globe trotters come to this beautiful nation to pursue trekking owing to its massive mountain peaks, but there are other places that should certainly not be overlooked. Nepal is a country which holds countless tourist attractions and unique travel experiences waiting to welcome tourists from around the globe. Travelers whose interests lie in other activities apart from walking and trekking, will surely enjoy their sojourn in this Himalayan country with abundant memories to take back home, which is worth your hard-earned bucks.

If you are into viewing wildlife, the southwestern part of the country is highly recommended with Bardia National Park as the spotlight. Comparably, it is far way better than Chitwan but the only drawback about it is, it takes a longer time to get there unless you catch a flight. If Nepal’s golden triangle of popular destination fascinates you, i.e. Kathmandu – Pokhara – Chitwan, then you could easily hop to Lumbini from Chitwan and head back to Kathmandu. If you are a Buddhism devotee, then you will have an opportunity to visit more than two dozen of famed monasteries in Nepal. Nepal is a country of Himalayas holding a deep connection with nature and the cultural varieties of its inhabitant.

Small ancient city of Bhaktapur won’t leave you indifferent. Spend at least, a couple of nights in Bhaktapur city, a world heritage site, where people usually go for the day, but the place really clears of tourists in the evening and the whole town changes. Nice lake in Pokhara will surprise and amuse you with its extravagant beauty and innate tranquility. Incredible mountains around the lake city will settle down in your heart forever. Everyone, for one reason or the other, will find something very personal in this tiny mountain country. Nepal offers best hospitality and respect to the tourist as social values of Nepalese people are guided by a belief that every tourists are a form of god.

For those travel freaks, it is not news that in 2017, Lonely Planet crowned travel destination Nepal as world’s ‘best value destination’. On a similar mandate, in the same year, it also placed Nepal on the 5th position on the ‘top 10 countries to visit’. Now, for those who are still thinking hard whether to place Nepal in their travel bucket list or not, stop racking your brain and give it a serious thought about Lonely Planet’s assumption and consideration. There must be something, isn’t it? On an informative note, Nepal is the only destination in South Asia that has been featured in Lonely Planet’s Top Ten Destinations Guidebook. The book quotes, “Even Natural disasters can’t keep Nepal down for long. The 2015 earthquake caused devastation, but what is most striking from a traveler’s perspective is not how much was lost but how much remains.” It further adds, “Nepal has all the skills required to repair monuments and infrastructure, but what it does need is income. By visiting Nepal now and supporting local culture and people, you could help a nation rebuild and bounce back even stronger.” For many travelers who have been to Nepal already, there is a real feeling of supporting the people and the economy by going back and encouraging others. These tourists really respond to that, which is possibly one of the reasons that this landlocked mountain kingdom regularly features on these holiday destination lists.

This country of Himalayas has to offer once in a lifetime adventures ranging from mountain climbing to daring white water rafting and bunjee jumping. Nepal may have suffered a lot in recent years, but it is still one of the most popular places for adventure travel for which the credit goes to the diverse geography of the country – it really does offer everything, at least something for everyone! The Nepalese Himalayas with 8 of the 10 highest mountains in the world lies in the northern region of the country. Hundreds of thousands of trails crisscross the land providing limitless opportunities for walking enthusiasts to get away from it all. Nepal is the best selection for those who would like to experience once in a lifetime adventures.

In the tropical southern region with its low elevation and humid climate, there is abundance of forest reserves, which is the perfect destination for wildlife tourism. The most popular highlights include Safaris to witness Royal Bengal tigers, Indian one-horned rhinoceros and elephants, clouded leopards and red pandas. Bird watchers need not look any further than this country with over 900 species fluttering around its doorstep, which includes Danphe, a type of pheasant and the national bird of Nepal, and the spiny Babbler, which is unique to Nepal.

It is not just about the heights. The magnificent sceneries, an assortment of diverse vegetations, the sporadic flora and faunas, the anecdotal temperatures and climates, the convivial locals, the ecstasy delights the trails hold, the sumptuousness and the satisfaction – these are totally incomparable. Where would you expect to find these in the world? Well, stop your search – this is one of the several varieties this small nation holds. Nepal has it right here – you just name it.

NOW, why travel in Nepal is a genuine question to visitors who ask a value for money? Most of the travelers’ imagination comes true after touching the highest point on earth, Mt. Everest, the deepest gorge Kali Gandaki, Lumbini, the holy birthplace of Lord Buddha and an untainted blessing from the Living Goddess, Kumari. Rapid white water rafting, wildlife safari, exhilarating bungee jumping, trekking in the Himalayas, day tours to world heritage sites, spectacular mountain flights and age-old Nepalese traditions, art, architecture, cuisine and hospitality is beyond implausible.

Let us now be clear with the intention about each traveler. Because when the objective of a traveler’s quest is satiated, then the worthiness of traveling can be questioned. Those traveling just for adventurous trip or those looking ahead for a peaceful time to enjoy natural bliss, Nepal could be second to none. An ample of options to tease you ranges from expeditions, thrilling mountain biking or kayaking, to name a few. For avid hikers, who wish to avert boring easy paced trips, there are some of the world’s most fascinating trekking trails like Annapurna trek, Everest trek, Langtang trek etc. And for those seeking tranquility and time to relax could spend time visiting places like the Lake city of Pokhara, the city of temples, Kathmandu, birthplace of Lord Buddha, Lumbini and Chitwan National Park.
Sherpas are one of the default images of Nepal due to their remarkable history with Mt. Everest. Sherpa means ‘Man from the East’, and they are believed to have traditionally crossed the Himalayas from Tibet to settle in the Khumbu valleys near Everest. Their hard-working, entrepreneurial spirit, coupled with an extraordinary selflessness on mountain expeditions has made them legendary around the world. This courage and honor are also associated with the Gurkhas, the hill tribesmen who fought the British in 1814 during the Gorkha Wars and had a reputation for their fearless military prowess. Nepal has the legends built around the people who live here.

News media often describes Nepal as croweded tourist destination, dirty and politically unstable country in the world. Nevertheless, it is worth the effort and there are some interesting sights to see in this magnificent country. With such a rich and densely woven tapestry of culture dating back thousand of years, Nepal is known as the land of a thousand temples. There are nearly three thousand temples in the Kathmandu valley alone. Visitors face another limitless choice of heritage and history to explore. The preservation of culture and nature both have became a huge challange. Mount Everest every year is visited by hundreds of travelers leaving it polluted. Conservation campaigns of mount Everest are seen not sufficient. Similarly, durbar squares of Kathmandu valley are still being restored after the earthquake of 2015. Local people of the same places are taking initiative to preserve those durbar squares aided by the government of Nepal.

Travel destination Nepal still has that exotic appeal and is a mecca for adventure activities, mountains and wildlife. It is a real adventure and going into the Himalayas has the cachet of being a trip into the wild. The endless possibilities in such a small country, is what really makes Nepal such a good value for money. There is no doubt that Nepal has capitalized on its reputation for being warm, inviting and helpful. You will rarely come across anyone who does not mention about the characteristic Nepalese people.

In terms of mixed cultures, access to adventure tourism, mountains, traditional locations and the national character, Nepal is pretty unrivaled – there’s nowhere quite like it. For those in the know, Nepal has always been a top destination for once-in-a-lifetime holidays. The following few facts about this wonderful country is worth a know: 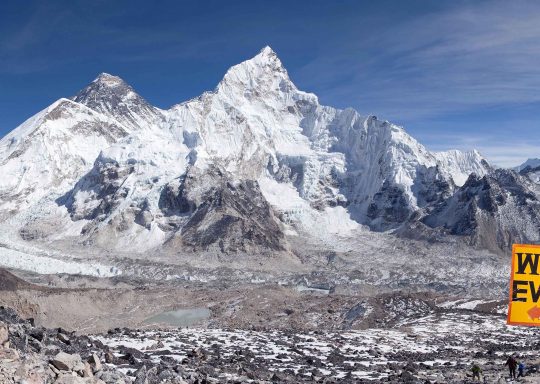 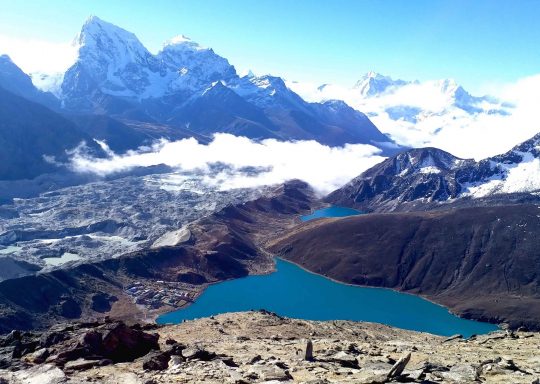 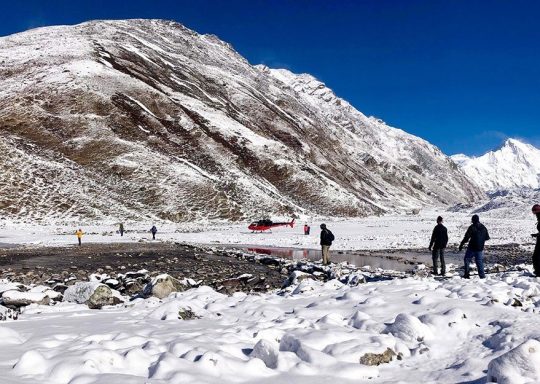